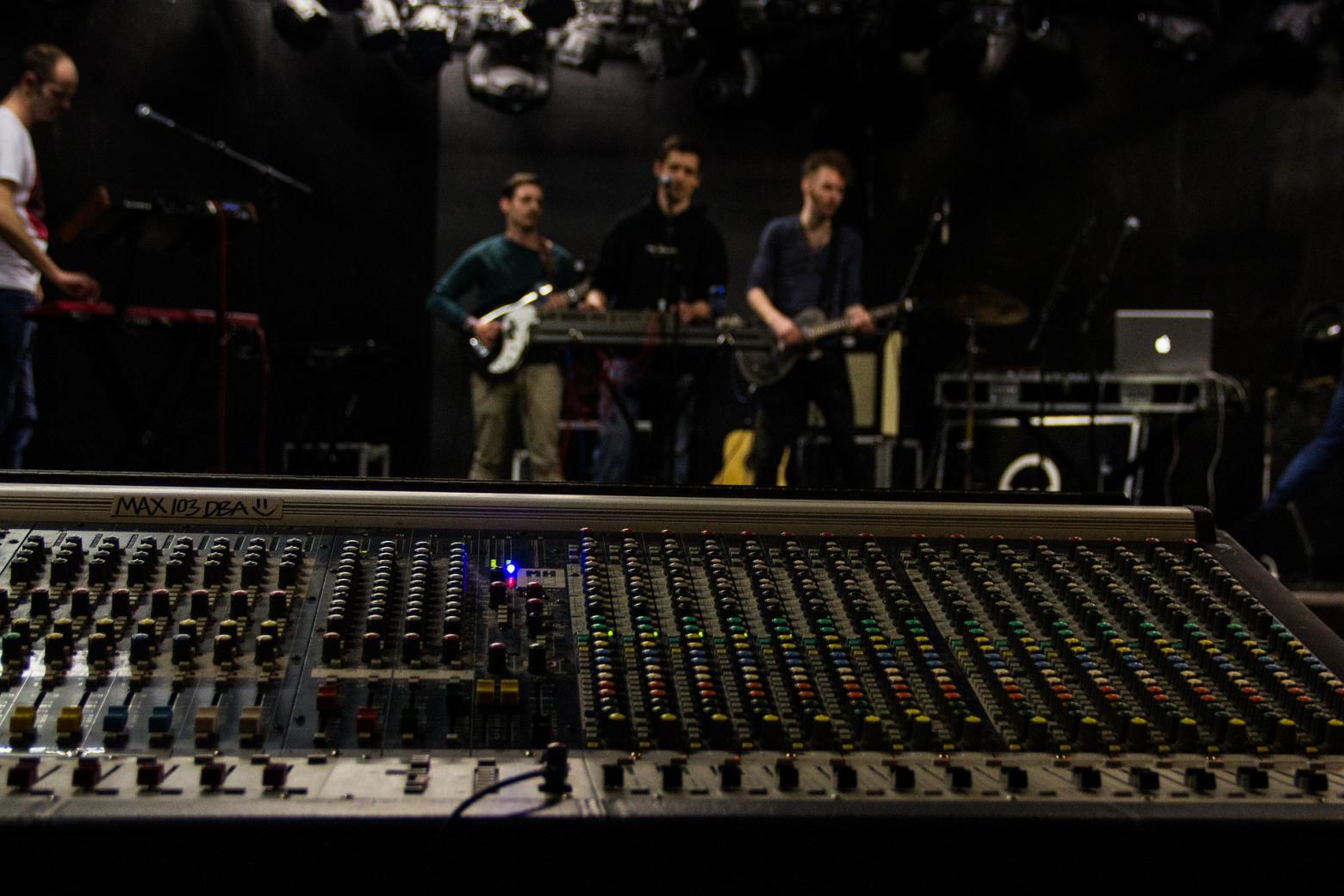 What does a Recording Artist (or Group) do?

Once a musician has cultivated a large fan base, scored several hits, and/or signed with a major label, it's possible to quit the day job and focus on recording, releasing, and performing music.

While recording is usually what brings recording artists recognition or even fame, most artists actually spend the bulk of their time performing. Recording an album is a creatively exhausting process, the whole of which—from finding or creating initial material to receiving the final mix—can take anywhere from a month to six months or more. Some artists release multiple albums per year, while others go several years without stepping into the studio, relying on royalties and touring to make a living. Speaking of touring, recording artists spend almost all their time outside of the studio booking shows or tours to perform their recorded songs live. Touring not only helps promote new albums, but also serves as a reliable source of income in a time when recorded music generates less revenue than ever before.

Perhaps the greatest divide in this field is between artists who are signed to record labels and those who are independent. Landing a deal with a record company provides numerous benefits, chief among them access to the label's financial, promotional, and organizational resources. Labels provide managers, search for and license great songs from publishers, hire producers who help select and edit material, book recording studios, pay for mixing and mastering, and market the release through radio promotion, publicity campaigns, and more. In contrast, independent artists need to generate funds themselves or employ impressive ingenuity to record, mix, market, and release their work.

Recording Artist (or Group) at a Glance

Recording and releasing music isn't likely to provide much income in the beginning, which is why most recording artists work additional jobs early in their careers. Working in or around the music industry is ideal, perhaps as a touring musician, session musician, staff writer, top-line songwriter, recording engineer, live sound engineer, or concert tech.

Once a musician has cultivated a large fan base, scored several hits, and/or signed with a major label, it's possible to quit the day job and focus on recording, releasing, and performing music. Successful recording artists might continue recording and playing music until the day they die. Those who choose not to continue as recording artists might use their career to catapult into the record industry as A&R representatives, found their own record label and represent other artists, become a music producer, or teach music as private instructors.

Once upon a time, the only way to become a recording artist was to sign a contract with a label and head into a commercial studio. Today, however, anyone with a laptop and simple gear can make a record in their bedroom, promote it on social media, and release it independently through sites like Bandcamp or SoundCloud. And indeed, many aspiring recording artists do just that: releasing music independently and playing local shows while working a day job. However, landing a deal with a record company still provides numerous benefits, including potentially the opportunity to quit one's day job and focus on recording, releasing, and performing music—something difficult for independent artists to do unless they have a significant nationwide audience or massive royalties.

There are a host of interpersonal skills that help with working as a recording artist. Collaboration, listening, and communication skills all help when managing band politics, planning a tour, or working with producers and recording engineers to get an album just right. Charisma, public speaking, and showmanship are all important for giving an exciting live performance, and shrewd business sense and negotiation skills are essential when discussing a recording or licensing contract. Finally, it takes a tremendous amount of dedication and perseverance to continue making music when success seems elusive, as it often does at the start.

The average recording artist likely spends anywhere between a week and several months preparing material before heading into the studio. Recording the album might only take a week or two, but it will be a few more weeks or months before it's been mixed and mastered. Somewhere between when an album is recorded and when it's released, a recording artist will usually begin promoting the album by giving interviews, sending out fan base emails, announcing tours, and more. Then it's time to tour, which usually lasts around two to four months. After that the recording artist might catch his or her breath at home for a few weeks or months before beginning work on a new album, or commencing a second tour in a different region.