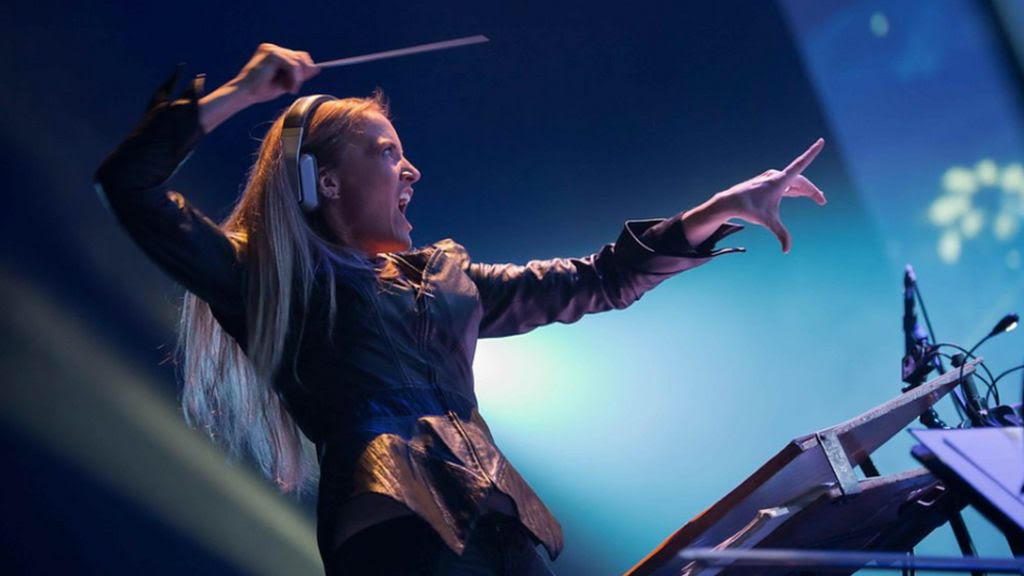 What does a Composer (Television) do?

Like film composers, television composers use the language of music to help tell stories. Whether working on a drama, comedy, sci-fi, documentary, or reality show, the composer's job is to write music that heightens the action playing out on screen and enhances the emotional experience for the viewer.

While a television composer may be responsible for writing a show's theme—a memorable song or instrumental passage played at the beginning of each episode that evokes the show's mood—their primary responsibility is to write the score for each episode, which is made up of a number of short, discrete pieces called "cues." Cues vary in style and tone and are used to highlight specific moments: a car chase, for instance, or a love scene.

Besides the theme and the score, television composers might also create "source music," music that exists in the world of the show. Source music is much less common than background or themes, and often takes the form of original songs that characters hear played on the radio or performed by fictional bands.

Composing for television means being deeply attuned to story and character, and skilled enough to translate emotional and psychological nuances into effective musical soundtracks.

Compared to composing for film, wherein every creative decision is heavily weighed over the course of months, composing for TV is fast-paced and intense. Television shows with hefty production budgets hire composers to write custom scores for each episode, which means creating a tremendous amount of music in a relatively short time span. For half-hour shows a composer might deliver 10–20 minutes of music, while hour-long shows may require 20–40 minutes of music, week in and week out if the show is serialized. As a result of these quick turnarounds, most television composers have a team, including a number of composer's assistants and possibly an orchestrator. Television composers usually answer to producers and/or showrunners, and may also coordinate heavily with music editors. In the recording process, many composers also work as session conductors.

Not all television music is written by a television composer; many productions opt to license themes and cues from music libraries, which are stocked with music in every style, written by freelance composers. In addition, music supervisors work independently to find and license pre-existing songs for use in their shows.

Composer (Television) at a Glance

While the rise of streaming and explosion of cable and niche networks have created more demand for television music than ever before, the process for becoming a successful TV composer has remained mostly unchanged: work on lower budget series, demonstrate talent and professionalism, network, get a job on a slightly higher-budget show, and so on and so forth until one makes it to the mainstream.

Although creating the music for a TV show can be quite a different process than composing for film—with distinct budgets, needs, obstacles, and work cycles—the career paths are deeply interlinked. TV composers often write for film and vice versa, although many find that they prefer composing for one medium over the other. TV composers might also work as freelance composers, submitting music to libraries or writing for advertisements, or compose for a different visual medium, such as video games.

Most TV composers do this job because they want to, not because they're aiming to advance to some other position. That being said, TV composers who do well can open up a number of new opportunities for themselves outside of television, including film gigs or even touring productions based on their work (Game of Thrones and Crazy Ex-Girlfriend are recent examples of this).

At the beginning of the career, one should seek to build a portfolio through whatever means necessary. It's common to work for little or no compensation on student films, web series, or similar projects in order to get those initial credits and demonstrate experience with the medium. From there, it's all about chaining together opportunities to maintain momentum. Aspiring composers should aim to create a website with samples of their music; make audio and video demo reels to send to television producers, showrunners, studios, libraries, and music supervisors; and network vigorously.

While television composers are in-between shows, getting cues in music libraries such as Killer Tracks, APM, Omnimusic, and De Wolfe can provide an additional source of income.

Composing for television means being deeply attuned to story and character, and skilled enough to translate emotional and psychological nuances into effective musical soundtracks. In order to advance in the world of television, composers must be excellent networkers and self-marketers. Finally, it's important to be cool-headed, productive, and consistent under pressing deadlines. After all, even if the music doesn't always come easily, the show must go on.

One of the main benefits of composing for television rather than film is consistency. While a film composer might make a large one-time sum working on a major motion picture, that's no guarantee of future work. In comparison, if a television show does well, then its composer can expect to be employed for a number of years. The flip side is that television production cycles can be grueling; television composers who are composing for broadcast TV spend each season, which typically runs somewhere between 12 and 22 episodes, working very hard under tight, demanding deadlines.

However, even this is changing rapidly. As giants like Netflix and Amazon bankroll and release entire seasons in one go, television composers today might compose music for the show as a whole rather than week to week. And, of course, the popular practice of binge-watching television—rather than viewing week to week—is also changing the medium, with a new emphasis on creating varied, but thematically cohesive scores. All in all, there's never been a better time to jump into this field.