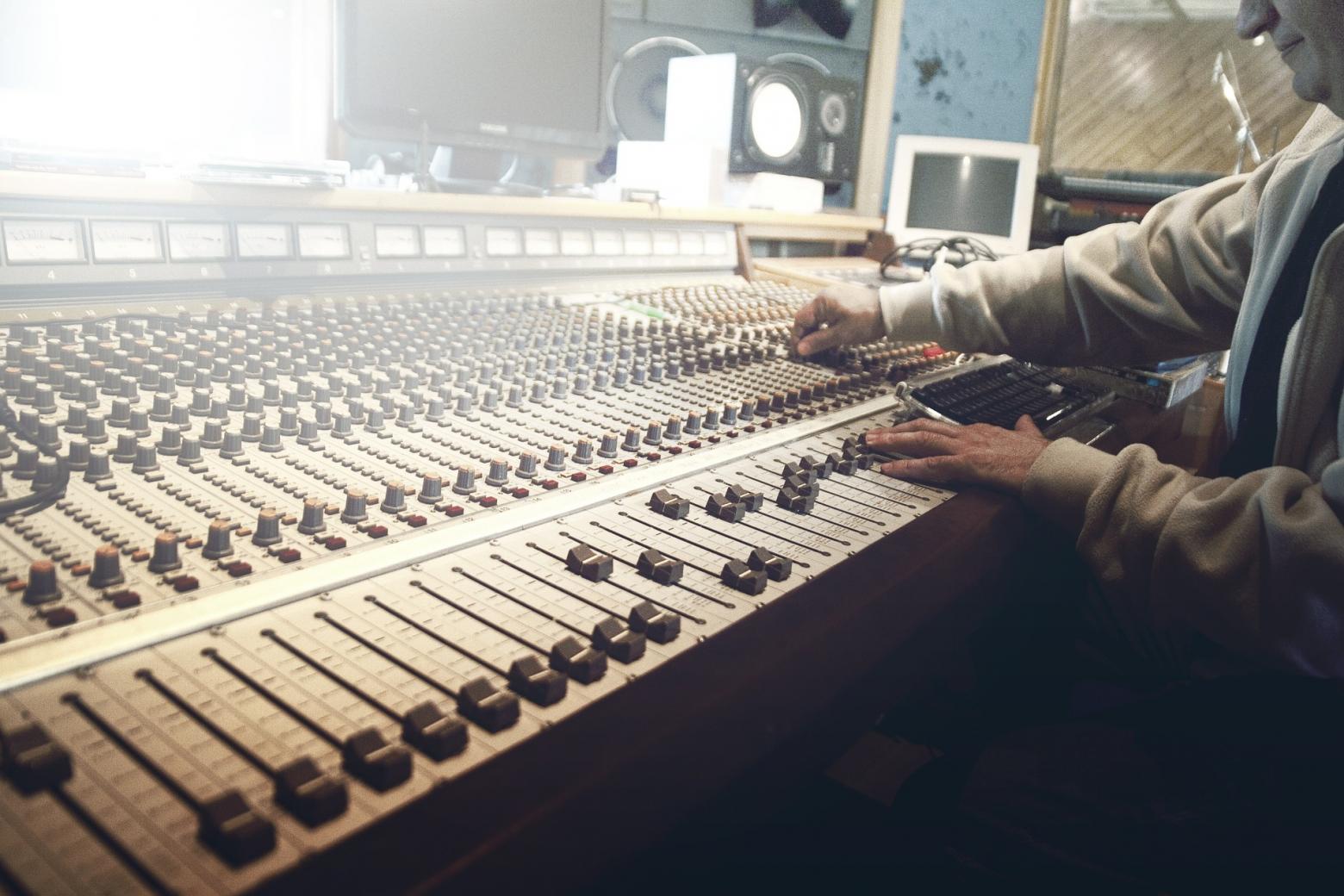 What does a Recording Engineer do?

When you listen to a recording, every drum beat, bass thump, guitar strum, and sung note has been shaped by a recording engineer, who uses a combination of technical expertise and musical mastery to capture and manipulate sound in the studio. During the recording process, the scope of a recording engineer's creative involvement may vary widely, with some also acting as producer or mixing engineer and others strictly operating the sound board.

This position is about collaboration: fulfilling the visions of producers and artists who walk through the doors with musical ideas but not necessarily the know-how to realize them.

A typical session begins by preparing the room: choosing and positioning microphones, laying cables, and setting up tape or a digital program such as Pro Tools. Although live ensemble recordings are occasionally made in studio, the bulk of music recording is done into a sound board outfitted with as many as 96 channels, or tracks. The engineer records each instrument and part separately and often repeatedly, creating a number of tracks and takes to work with.

Once all or most of the components of the song have been recorded, the recording engineer edits and weaves them together, taking input from the artist and producer. Often, this means culling bits from different takes, manipulating tracks' tone, intensity, and timing, and adding effects—or leaving all of that to a mixing engineer. While modern recording software enables musicians to make their own home recordings, these rarely compare in quality to the work of a well-trained recording engineer.

Recording Engineer at a Glance

Most recording engineers start out as assistant engineers, developing their ears and technical skills in a studio setting. For these positions, employers strongly prefer candidates with a degree in sound engineering or music production. From there, they work their way up the studio hierarchy to become full-fledged recording engineers and then lead or head engineers.

Successful recording engineers can work with bigger-name clients, form consistent work relationships with in-demand producers and A&R managers, or even found their own recording studios.

While there are many different ways to be a recording engineer, in every sense this position is about collaboration: fulfilling the visions of producers and artists who walk through the doors with musical ideas but not necessarily the know-how to realize them.

The best recording engineers are committed and speedy workers who don't need much time to understand what an artist is going for, and are willing to invest their time and attention even if they're not excited by a project or band. Recording engineers who are interested and experienced in a wide range of music are more able to take on a diverse clientele.

The majority of recording engineers work in-house at a studio, where they might have fairly regular hours doing small daily sessions or work in sustained bursts recording albums. Freelance recording engineers likely have more inconsistent schedules, and may work out of a home studio.

Recording, editing, and mixing music is a painstaking, exhausting, and exhilarating process of trial, error, and revision that can go on for days, weeks, or even months (provided the artist's budget is large enough). Sessions often resemble marathons, with artists sometimes sleeping at or near the studio to get as much done as possible in the allotted time. Leaving the everyday world to dive into this process for a number of days or weeks is all part of the gig for recording engineers, as is working late at night and through weekends.