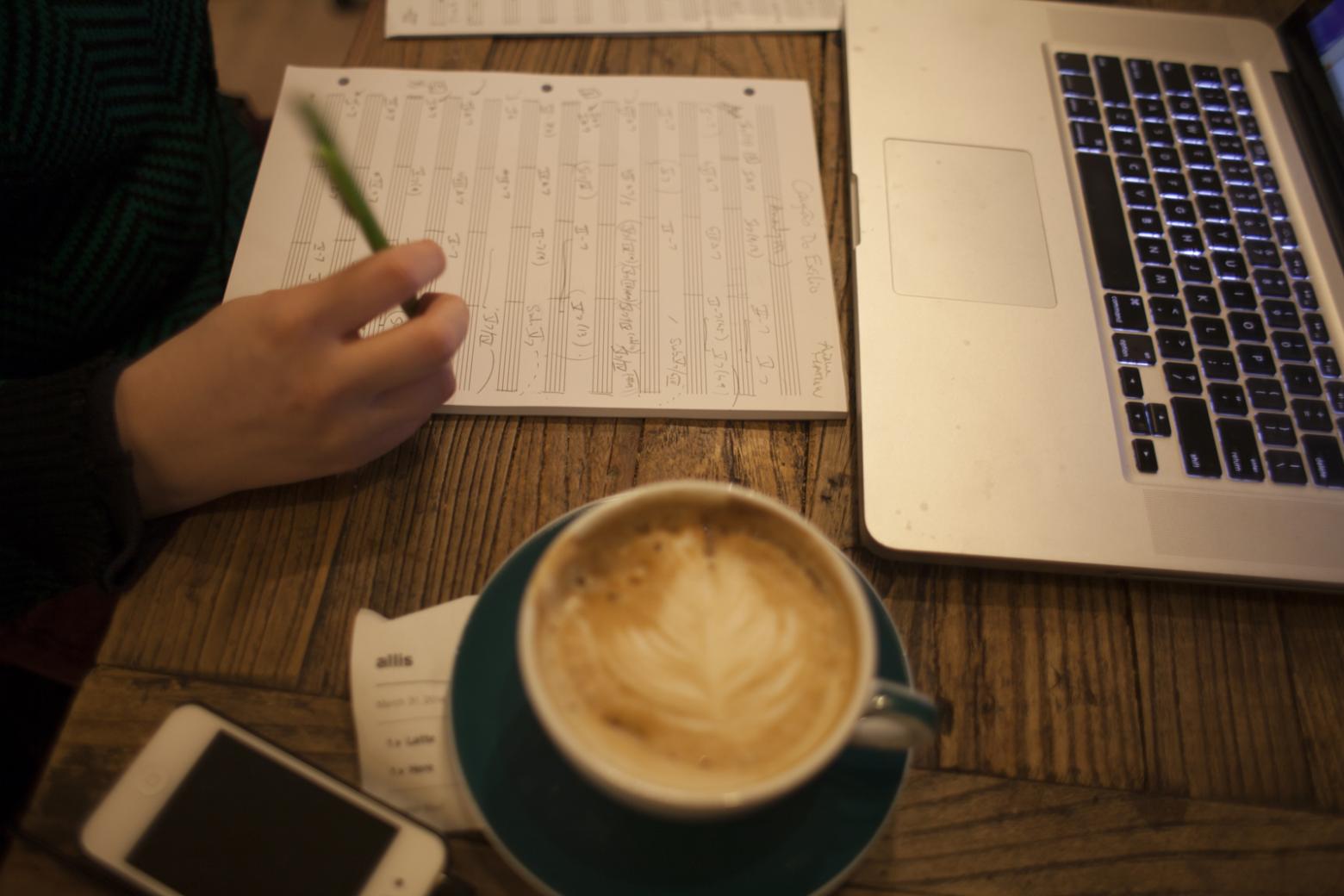 What does a Transcriber do?

Most trained musicians are capable of basic musical transcription, but only a few possess the skills and attention to detail necessary to work as transcribers. Transcribers, who often also pursue careers as composers, conductors, or arrangers, use their thorough knowledge of audio notation and editing software, their experience with music notation, and their highly developed ears to create detailed scores, lead sheets, and guitar tablature from nothing more than a recording. Successful transcribers must be able to parse crowded arrangements, work through compressed or low-quality recordings, capture the nuance of improvisatory solos, and reformat a score to facilitate quick comprehension.

Transcribers are detail-oriented workers who are perfectionistic in their pursuit of an accurate and visually simplified score.

The primary employer group for transcribers is music publishers. These organizations rely on transcribers in order to produce bound books of sheet music for songs by their most popular artists. Often, these books feature rearrangements of the songs in question for popular formats like piano/voice/guitar or solo piano, and it's the task of the transcriber to create said arrangements. Other clients include amateur musicians, academic institutions, and music performance groups such as jazz bands, orchestras, and cover bands. Transcribers mostly work freelance, and often offer a variety of related services in the field of music preparation.

Transcriber at a Glance

Although some may manage to make a living working exclusively as transcribers, for most, this job is just one of many ways for highly trained musicians to use their skill sets in an entrepreneurial fashion—in other words, to pay the bills while continuing work on creative endeavors, like individual composition or performing in an ensemble. Those who do make a living entirely as transcribers usually work for music publishers or music-based video games.

Transcription work goes hand-in-hand with other forms of music preparation like copying, proofreading, and orchestrating. As arrangement is a large part of working as a transcriber, many transcribers go on to become professional arrangers.

To find their first clients, freelance transcribers typically utilize connections formed while working as a musician. Those interested in expanding their transcription services into a long-term professional venture are advised to make a website, advertise on the internet, and post flyers around conservatories and other high-volume music programs.

In order to get a job transcribing for a music publishing company, transcribers should choose a music publisher, investigate that publisher thoroughly and gain a sense of its notational style, and then submit a strong portfolio that reflects that style.

Transcribers are detail-oriented workers who are perfectionistic in their pursuit of an accurate and visually simplified score. Transcription is a time-consuming art, and good transcribers are capable of working for hours alone without losing focus. Everyone makes mistakes, but transcribers who don’t catch and correct their own find that work dries up quickly. Contending with numerous deadlines, transcribers must also have excellent organizational and time-management skills.

Transcription is a common freelance job for professional musicians who also support themselves through other means: performing as a general business musician or working as a music educator, for example. The job generally consists of remote work. Those who want to work as transcribers should be prepared for hours alone with headphones on, listening, rewinding, and internally debating notation choices. Nowadays, with most audio files shared over the internet, transcribers are unlikely even to meet their clients in person.